Feeding the planet in the 21st century means doubling production of food, feed, fuel and energy.  That’s what the Food and Agriculture Organization of the United Nations (UN) estimates. Yet at the same time, the UN is calling on leaders to make food systems sustainable, inclusive and more efficient. That’s a food-health-ecosystem trilemma.

Which is why California State University (CSU) researchers from a range of disciplines gathered at CSU, Fresno last month to tackle the trilemma challenge of feeding a growing population — in California and around the world — while protecting public health and the environment.

“It’s difficult to overestimate the impact of this challenge when you look at what we are facing,” said Chris Meyer, Dean of the College of Science and Mathematics at CSU, Fresno and director of the 2019 CSUPERB Ideas Lab. 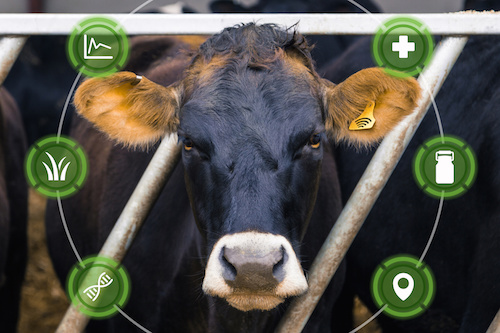 Goals of the workshop included the formation of interdisciplinary teams among the 27 participants and the development of research ideas for the preparation of proposals. It was led by CSU organizers and included faculty from UCLA, UC Merced, and Washington State University who served as mentors and provocateurs (experts in the field who challenge current ways of thinking). The CSUPERB Ideas Lab was funded by the National Science Foundation (NSF) and facilitated by a KI team. (We’ve been using Ideas Labs to accelerate innovation among interdisciplinary groups of scientists since 2004.)

“This was not an academic exercise,” Meyer said of the Ideas Lab, which brought together researchers from 15 CSU campuses with expertise in biology, agriculture, computer science, and engineering. “This work has real-world, urgent value. Difficult choices will have to be made.”

Coming up with innovative solutions to the trilemma will take an unprecedented level of collaboration.

“Addressing this question is particularly important for California’s central valley, which is a top agricultural production region in the United States,” said Joseph Ross, Professor of Biology at CSU, Fresno in an email.

The CSU researchers who were chosen to participate in the Ideas Lab were tasked with generating sustainable solutions and creating multidisciplinary teams whose on-going purpose it will be to make those solutions a reality. The teams addressed the food, energy, water, and land issues that are part of California’s own food-health-ecosystem trilemma.

Ross’ team, for example, wants to study how the bacteria that naturally live in the soil (called the microbiome) influence the nutritional value and productivity of plants grown in that soil. The twelve-member team is also interested in understanding how water quality might influence the soil bacterial communities across various regions of California. Other groups focused on areas of data science, precision agriculture, and human behavior studies related to sustainability. The different teams are now writing proposals to multiple funding agencies; including the NSF, U.S. Department of Agriculture, and the U.S. Department of Energy’s Joint Genome Institute (JGI). The resources from funded grants will support research and also the training of undergraduate and graduate research students.

The Ideas Lab was also an opportunity for faculty and students to work together on this critical trilemma challenge.  “Without the Ideas Lab,” Ross said, “we would not have had the time with CSU colleagues to solve a global issue at the intersection of food quality, human health and the health of the planet.”