Knowinnovation accelerates science by bringing interdisciplinary teams together to solve messy problems. Ironically, the company itself was born as a solution created by a team with different backgrounds looking to solve a problem that was holding back the progress of science.

In 2003, The U.K.’s Engineering and Physical Sciences Research Council (EPSRC) felt that its existing review panel process was struggling to promote interdisciplinary proposals. That meant the thorniest problems facing researchers — ones that could only be solved by breaking down academic silos — sometimes could not get funded. No funding, no research. No research, no progress. So, the council came up with the idea of running a retreat to work on complex research problems, but from an interdisciplinary perspective.

That’s when Susan Morrell, who today is EPSRC’s Head of Peer Review Innovation, approached The Royal Mail’s Innovation Lab. The U.K.’s mail delivery service had a long history in technology and research. It created the lab as a place where employees could envision the future of the internet and prepare for how it was going to change their everyday world. It was a sleek, high-tech space where rules were broken (on purpose) in the name of creativity, with innovation as the goal. It was the perfect place for EPSRC to inspire scientists to break down silos, build teams and put forth innovative research proposals.

Dave Lomas, the lab’s manager at the time, agreed. He and Tim Morley, a facilitator hired by the lab to run workshops, ran the first EPSRC retreat. But, Dave and Tim (a.k.a. Slam) felt it didn’t really apply the model of deliberate creative problem solving they had been learning from Andy Burnett, who was coaching them on creativity. At the time, Andy was a research fellow at the Cranfield School of Management where he co-developed the Centre for Creativity.

Slam and Dave recognized that what they were learning about deliberate creativity from Andy had the power to transform ESPRC’s retreat. So, when the EPSRC decided to do another retreat at the Innovation Lab in 2004, Slam and Dave enlisted Andy’s help in designing it. From that second retreat emerged what evolved into the current Sandpit process, which today is used around the world. 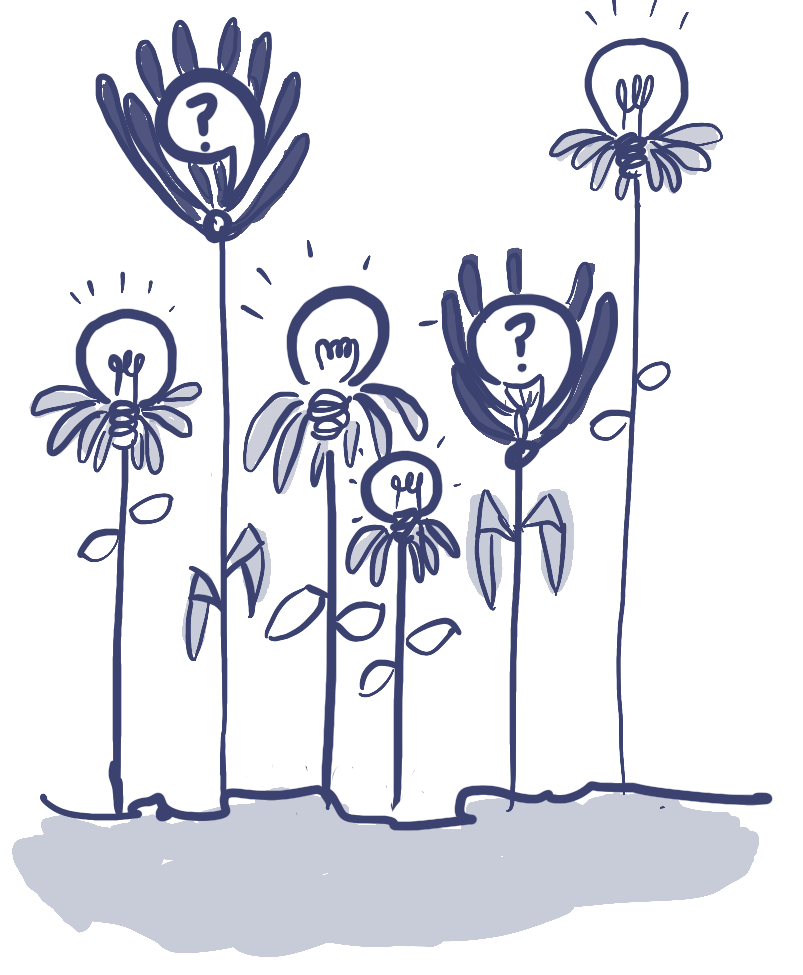 A Life of its Own

To the trio’s surprise, the Sandpit idea gradually took off. The EPSRC came back to run more Sandpits over the next few years. At first, there were two or three Sandpits a year. Then more clients. And, then the team began getting more requests than they could fulfill, so they enlisted Maggie Dugan and Tim Dunne (a.k.a. Tag). Maggie was facilitating new product development and problem solving workshops. She had previously collaborated with Andy as a co-facilitator. Tag, who had escaped from a career in banking, had met Andy while the two were working logistics at a CREA Conference. Andy invited them both to help out.

These first five facilitators laid the foundation for what Knowinnovation is today — completely by accident. To them, the work was a fun side project. They had no plans of formalizing their group into a company. But, demand increased (as did the fun). Individual scientists who had attended a Sandpit wanted to bring the process to their own campuses because it was doing for them what they were having trouble doing themselves: meeting scientists from different fields, creating new approaches to tough problems and expanding research in new directions. Scientists wanted more of what the founders of Knowinnovation  had to offer.

Hopping Across the Pond

In 2009, the EPSRC approached the team about running a joint event with the National Science Foundation (NSF). By then, Andy had married his wife, Cynthia, a professor at the International Center for Studies in Creativity at the State University of New York in Buffalo. However, ‘the sandpit’ is a uniquely British term that didn’t translate well in the U.S. That’s when Sandpit was translated into Ideas Labs by the NSF for American participants. Expectedly, there was some trepidation amongst these states-side pioneers, but the event on synthetic biology went well and led to more events stateside. Eventually, it became clear that what was thought of as an entertaining diversion was taking on a life of its own. So, they decided to give it a name: Knowinnovation.

In the years since, Knowinnovation has become affectionately known as KI. It has added to Ideas Labs and now offers Micro Labs and Virtual Events, Scoping Sessions, Group Writing Workshops and Custom Events. In addition to midwifing innovative ideas for others, KI has given birth to a few offspring of its own: Innovation Bound, which takes the KI approach into the corporate world, and Inclusive Innovation, which takes it to developing countries. In recent years, KI’s clients have included NASA, MIT, Cisco and the United Nations.

KI has grown into an extended family dedicated to facilitating clients’ creative journeys. KI is a group of helpful guides, creative problem solving Sherpas, if you will, who spend an inordinate amount of time thinking about how to help the world’s brightest people have more interesting and productive conversations.

As for the future of KI? Stay tuned! Saving our planet from certain doom or reality TV? Both seem like likely possibilities.

In Their Own Words

Check out these blog posts on what our events are like and how to get the most out of them.